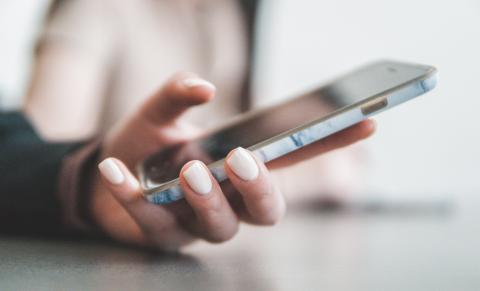 Patients often have questions and concerns about receiving a genomic or genetic test. A feasibility trial has found that an Australian-first chatbot can be a helpful way to support patients in making informed decisions about genomic testing for future health risks.

Developed by scientists at CSIRO in partnership with Melbourne Genomics Health Alliance, the chatbot is the first of its kind globally. Edna (‘electronic-DNA’) is designed to support genetic counselling for adults considering testing to ascertain future risk of preventable or treatable conditions (known as ‘additional findings’).

The trial explored the usability and applicability of the chatbot, together with the relevance of information provided. Fifteen participants – comprising three patients, six genetic counsellors and six genetics health students – were asked to use the chatbot over a week until they had explored all sections of information and asked all questions they could think of.

The participants were asked to imagine they were given access to Edna as their first way of learning about additional findings.

Overall, a large majority (93%) of participants found the information Edna provided helpful, stating it was relevant and presented in a logical, well-paced manner.

Ten participants (76.9%) reported Edna would be useful during the decision-making process for additional findings. Of the three patients involved, one indicated an appointment with a genetic counsellor would have been unnecessary had they interacted with Edna. The other two stated they would still want to see a genetic counsellor even if they had been able to access Edna before making a decision about additional findings.

“Our trial has shown that overwhelmingly, participants saw value in Edna’s ability to provide credible information which would streamline the genetic counselling process,” said CSIRO researcher Dr Dana Bradford, who led the development of Edna.

“They were positive about Edna and her role in augmenting genetic counselling and for one patient, circumvent it altogether. This frees genetic counsellors to focus their highly specialised skills on deeper and more specific issues relevant to patients.”

Edna will undergo significant further testing and refinement to improve her ability to draw out information from patients, such as family history, with a larger-scale patient trial planned in the near future.

Edna’s development was part of a larger proof-of-concept study led by Melbourne Genomics to better understand the implications of offering additional findings testing to patients in Victoria.

The Edna chatbot was published in the peer-reviewed journal Patient Education and Counseling.

One workshop, four years of benefits

The key to high-value care? Sustaining the genomics workforce.