Genomics is an area within medical science that examines the ‘genome’ - the complete set of genetic information you have which determines how your body functions and what it looks like. In order to understand genomics, it is important to know what genes are and what they do.

Your body is made up of billions of cells with instructions for how your body should grow and function. These instructions are contained in your DNA – deoxyribonucleic acid – and DNA is packaged into structures called chromosomes.

Your DNA contains stretches of genetic code, which are called genes. Each gene gives an instruction to the body.  For example, a gene may be an instruction about eye colour. You usually have two copies of each gene, one inherited from each of your parents.

However, if there is a mistake in one of these genes, it may not work properly.

A genomic sequencing test examines sections of your DNA for changes that may alter the genes and lead to disease. 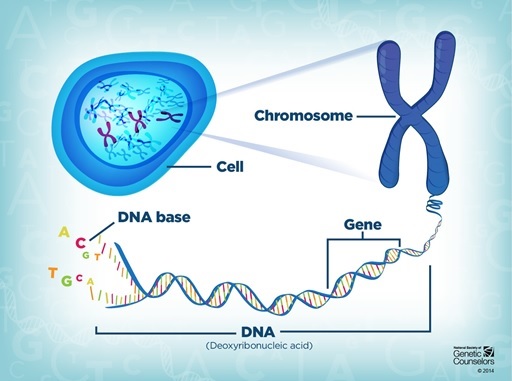 There are usually 23 pairs of chromosomes in each cell (46 in total). Nearly every cell in your body has the same DNA, and the entire amount of DNA in the cell - including all of your 23,000 genes - is called the genome.

Sometimes it can be useful to think of the genome as a book, where each of the chapters represents a chromosome. Sentences in these chapters would be the genes and the letters that make up each word can be considered the DNA bases. 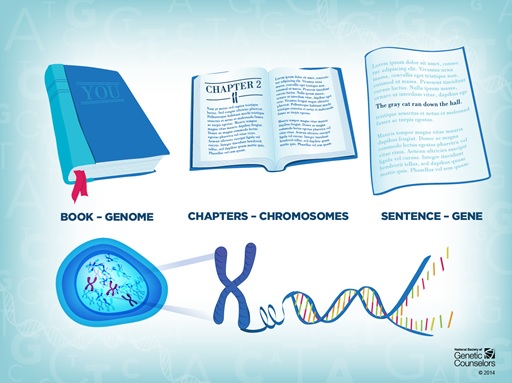 What is the difference between genomics and genetics?

Genetics is the study of one particular gene and its effects. Genomics is genetics on a larger scale: the study of your genome, your complete set of DNA, including all your genes.

A genetic test looks at one or a small number of genes at a time. A genomic sequencing test can capture information from a large number or all of your genes at the same time. This means doctors may have a better chance of finding gene changes causing or associated with your disease or condition.

We can now do tests to examine a section of the DNA ‘sentence’ for changes that may alter its meaning and lead to disease. 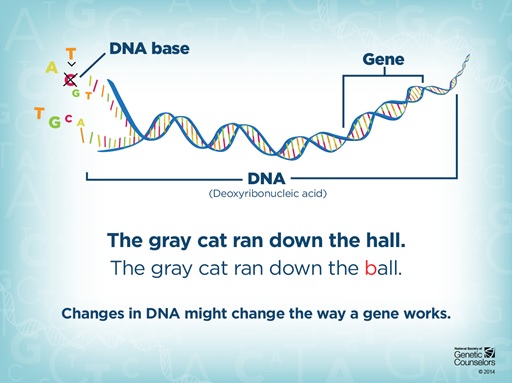 How are genes involved in disease? What is a genetic disease or disorder?

Genetic conditions arise due to an alteration in one or more of your genes. If you have a version of a gene which doesn’t work as it should, you might be born with or develop a disease, depending on what role that gene plays in your body. Gene variations are often inherited – passed on from one generation to the next. Examples of some of the better-known inherited genetic disorders are Huntington’s Disease and Cystic Fibrosis. Genetic tests are used to diagnose these disorders.

Do all gene variations lead to disease?

Every person has many gene changes throughout their DNA. This is what makes us individual. Most of these gene changes don't cause disease, but some may.

The changes or variants in the DNA sequence of a gene might change the way that gene works. Some variants in the genome are commonly found throughout the population, and some are rare. Some gene variants have no effect on your health, however, other variants may affect your health, your responses to particular medications or cause genetic conditions.

Genomic sequencing allows us to examine your complete genetic information - your genome - to identify gene changes (variants) that may impact health.

For more information on genetic conditions and genomic testing, see Resources for Participants.